Posted about 1 hour ago in High School Sports

The West Lowndes girls basketball team kept its undefeated season alive with ease Tuesday, dispatching Stringer 83-19 in the first round of the MHSAA Class 1A playoffs in Columbus.

Posted about 1 hour ago in High School Sports

Posted about 2 hours ago in High School Sports

Mashanti Saddler knew what was at stake.

Goodman, who served as the school's athletic director, resigned after the girls team won the state championship Saturday.

Ford led the Yellow Jackets with 25 points Monday, but two crisp passes at key moments highlighted the breadth of her game.

The Volunteers (1-0) posted a dominant home win against the Colts on Monday in Starkville.

Na'Kaiyla Mason had 24 points for the Tigers, and Jakeia Walker had 14.

It was the school's fifth girls basketball state championship.

The Trojans girls also beat the Falcons by just one point, as both New Hope teams earned a first-round bye in the Class 5A playoffs.

A former coach and an unlikely alliance are bringing Bergstrom to Senatobia.

The rhythm between the junior and the senior was evident Friday, and it carried the Rams to a 10-point win over the Blue Devils in Steens.

MONTGOMERY, Ala. -- The Pickens Academy (Alabama) girls basketball team beat Patrician Academy 49-29 on Thursday at the Multiplex at Cramton Bowl in Montgomery to reach the AISA Class 2A championship game. 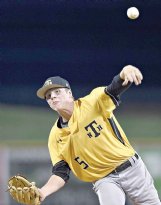 Although senior left-hander Ryan Burt returns, New Hope lost the other three of its top pitchers -- and a whole lot of power in its starting lineup.

The Heritage Academy girls were eliminated with a loss to Pillow Academy.

"We've got a bunch of young guys that really have a lot of talent," senior center fielder Sam Clark said.

Goalkeeper Charlie Cox shut out the Patriots, sophomore Isaac Lepard scored in the first half, and the Volunteers blanked the Patriots.

With the victories, the Falcons and Trojans will face off in the boys and girls tournament finals on Friday.

Returning most of last season's title team, Heritage Academy baseball is primed for a repeat 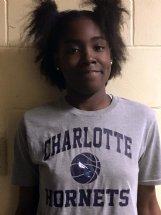 MACON -- It was mid-January, and the Noxubee County girls basketball team needed a spark.