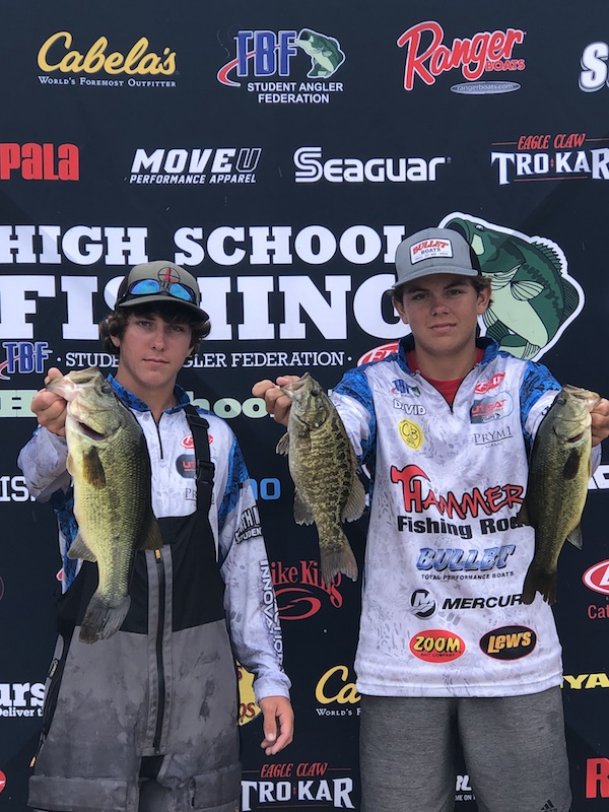 David Wesley Dupler, 14, of Columbus, and Dawson Jaynes, 17, of Ethelsville, Alabama, competed in the Student Angler Federation 2020 High School Fishing National Championship and World Finals held last week in La Crosse, Wisconsin. The duo finished in 140th place out of 312 two-person teams from 39 states in the National Championship and 46th in the World Finals. Dupler will be a freshman at New Hope High School this fall, and Jaynes, who is homeschooled, will be a senior. The two pre-fished along the Mississippi River from June 21-23 before competing from Wednesday through Friday. In all, the Dupler and Jaynes families made a nine-day trip involving nine people, three cars and two boats. The duo, who fished under the North Mississippi Student Anglers classification in the event, qualified for the World Finals by being named anglers of the year in the SAF's Upper Tombigbee Student Angler Trail. They caught three bass weighing 7 pounds, 12 ounces on Friday to finish 46th in that event. The top 31 teams moved on to compete for the title Saturday, and Tucker Veronee and Landon Gramling of Lexington, South Carolina, won the event with three bass weighing 9 pounds, 6 ounces. The competition produced $3.2 million in scholarship offers from colleges around the country.