Local Voices: Measures taken in the interest of public safety

Saturday at noon, the Mayor and City Council of Columbus implemented sweeping regulations that will affect all businesses and gatherings of citizens in some way or fashion.

Tate Reeves: Getting through this as a state

We are together in a moment of great uncertainty. It is a time when all of our lives are being disrupted as we come together to fight one common enemy. All of your state's leaders are working hard, following the lead of experts, to combat the COVID-19 virus and prevent its spread in our communities.

My parents were born more than 100 years ago and grew up in an era when survival depended on hard work. Both had only a high school education.

Bill Gillmore: A proposal on firearms

The National Rifle Association (NRA) opposes most efforts to regulate firearm possession with the slippery slope argument: Give an inch, and they will take it all. Step on the slippery slope, and sliding to the bottom is inevitable.

Slimantics: Which kind of fear will it be?

On Monday, the Mississippi State Department of Health confirmed a case of COVID-19 in Monroe County, a sure sign that the dreaded virus is very near to us all. As of Monday there are 12 confirmed cases in Mississippi. Nationally, the number of cases is a 3,487, including 68 deaths.

Possumhaw: All about life and honeybees

There's more about honeybees I don't know than I do know. That's a phrase we use a lot here at the Bardwell abode. Not the honeybee part but the what we don't know part

Partial to Home: After a half century in the North, home

It was one of those glad-you-are-alive-and-out-in-the-world Saturday afternoons -- sunny, bright, crisp and clear -- and I was sitting in the three-sided shed that is the in-house dining facility of Brother's Keeper Barbecue.

Ask Rufus: 'All the Beauty and Innocence of Eden'

So often when we think of the grand beauty of nature, we think of impressive sights such as Niagara Falls or the Grand Canyon. While those are truly world class wonders, the countryside around us is filled with wondrous beauty and fascinating sights only on a lesser scale.

t was a little after 10 a.m. on a weekday. Another edition of the newspaper was printing on the press, and Don Rowe was sitting in my office.

Home Base: Better safe than sorry

Bill Gilmore: Shifting more powers to the president is dangerous

We seem to be in thrall to the idea of leadership, or, rather, to the figure of the leader. Football players are referred to as team leaders. Politicians' advocates extol them as leaders. Successful people are described as leaders in their fields.

Ask Rufus: The Presence of History

Sometimes when you are walking across a piece of property, the land seems to speak. There seems to be almost a spiritual presence as though it is a special or holy place. Often that piece of earth is the location of some historic event or of religious significance. 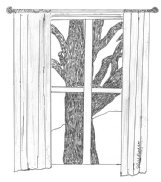 Possumhaw: Hold on, it's coming

Within five days, five possums were spotted in the yard. I wondered if maybe water rising in Tibbee and Catalpa Creeks forced wild animals to higher ground. A large rat was hiding in the gardenias beside the porch.

As symbols go, the Emmett Till Antilynching Act is a fine one.

Slimantics: Consideration of 'sanctuary' gun law a waste of time

Monday, county resident Scott Ivy approached the Oktibbeha County Board of Supervisors to ask them to pass a resolution to make the county a "Second Amendment Sanctuary."

Leonard Pitts: Democrats must plant their feet, make a stand

Here's some advice for Democrats. It will run over 600 words, but I can give you the gist of it in two: Stop whining. 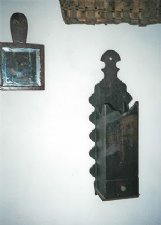 It's an old thing, that matchbox, same as anything you'd find in Gerry's houses, even the sad apartment on 12th Street where he died. 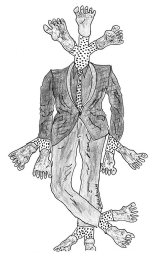 Sixteen years ago, my 10 faith-based articles for Adams Media were published in the "Cup of Comfort" series. A few copies remain in the treasure chest that sits at the foot of my bed.

Partial to Home: Beauty and sadness as Louisiana dissolves into the sea

Ben Depp is a New Orleans-based freelance photographer with a fixation on Louisiana's disappearing wetlands.

1. Voice of the people: Dixie Butler LETTERS TO THE EDITOR (VOICE@CDISPATCH.COM)

2. Our View: Broadband expansion is more crucial than ever DISPATCH EDITORIALS

3. Voice of the people: Michael Hallett, PhD. LETTERS TO THE EDITOR (VOICE@CDISPATCH.COM)