This week communities gathered to celebrate the life of Dr. Martin Luther King Jr. Americans of all backgrounds -- rural, urban, rich, poor, black, white -- commemorated the sacrifices King made for freedom and equality. But King's holiday is also a time to challenge ourselves to live up to our nation's commitment to freedom and equality, a reminder of the need to see the humanity and dignity in others as King preached.

Possumhaw: Nothing with a face

While battling a case of cabin fever on a cold, rainy afternoon the Sunday before Christmas, I sent Craig Hill a text asking if he wanted to go paddling. We'd had a lot of rain and the river was high.

I have been asked about the history and story behind Millport, Alabama, which is located 24 miles up Highway 50 from Columbus.

Mississippi has a lot of wonderful people. One of them is Sam Polles, 27-year executive director of the Mississippi Department of Wildlife, Fisheries and Parks.

Possumhaw: A good day for somebody

Once I lived where there were four distinct seasons all within their proper boundaries. It was quite predictable, though the winter seemed long and ice and snow turned to brown slush lasting well into spring. There's a certain advantage to growing up and living in the South. Very often all four seasons come within the same week.

It is not every day you drive down Seventh Avenue North in Columbus -- a timeworn neighborhood made more so by a tornado 10 months ago -- and see young Amish women in calico skirts toting power tools through red clay mud. 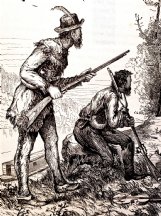 The headline in Friday's Dispatch read "A Pirate Comes Ashore," referring to Mike Leach's arrival in Starkville on Jan. 9 to become Mississippi State's new football coach. Also, on Jan. 9 -- but in 1836 -- The Natchez Daily Courier ran a notice that "The Western Land Pirates" had arrived at the Natchez steamboat Landing.

Possumhaw: Time is not on my side

Some of the suggestions from A. J. Jacobs' book "Drop Dead Healthy" bear repeating since it's January and we've all overindulged a bit -- and a lot of the gyms were closed for the holidays and, even if they were open, we weren't able to go because we had all the holiday festivities and guests to attend to.

If I "have a thing" where fruitcakes are concerned, bear with me, or not. Either way's fine with me. Early on, they became meshed with the very thought of Christmas ... the preparation, mixing in a dishpan that could accommodate the exotic ingredients, the aromas, the first globby slice that stimulated my sinuses (From the brandy or from all those 'candied' fruits?) When the kitchens of my mother and grandmother eventually shut down, great flavors of childhood started to fade. Commercial fruitcakes couldn't make up the difference ... not being mixed in a dishpan?

Ask Rufus: The Year of Wonders

Recently I have had people ask me about an old Indian trail that crossed Tibbee Creek near the location of Highway 45 Alternate, about early steamboats and about the New Madrid earthquake.

When the Mississippi Legislature convenes for its annual session on Tuesday, it may be business as usual on the House side, but the Senate is under new management.

A U.S. Army 2nd Lieutenant rushed home not to celebrate Christmas but to say goodbye to his beloved mom who will be deported soon after living 30 years on U.S. soil.

Possumhaw: Something has got to go

Another Christmas is behind us, and soon another year. All the wrappings, boxes, bags, ribbons, and bows lay strewn across the floor, crammed into garbage bags, or neatly hand-pressed and folded for another year.

With the holidays and the approaching new year, many friends have had to decide between watching ball games or going hunting. The Golden Triangle area has a grand and centuries-old heritage of both.

I was sitting in my recliner Thursday evening, working on The Dispatch crossword puzzle, part of my evening ritual, when I noticed something on the TV, which I had employed as background noise while pondering a six-letter word for "game quest." 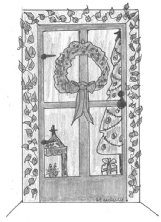 If Santa Claus was inspired by the generous bishop of Myra, then where did the reindeer and sleigh, the wreath and the tree, the lights and the cheery little poinsettia come from?

On a July day in 1966, MSU student and future Oktibbeha sheriff Dolph Bryan walked into the Starkville Ford dealership with the intention of buying a new car. As it happened, a salesman was sitting in the car Bryan would buy. He was reading a newspaper.

Lynn Wright: LCSD has made significant progress in eight years

Merry Christmas to the citizens of the Lowndes County School District.