Possumhaw: Mystery in the making

Gazing out the sunroom window I noticed movement in the garden's raised bed. Just over the top of the railroad tie, something brown went around and around.

Slimantics: A matter of Black and Blue and which really matters

Whenever racists are confronted with indisputable evidence of police brutality against black people, they seek the protection of a mighty fortress: Blue Lives Matter.

It took me a good while to figure out how to start this article. Partially because I shouldn't even be writing it. I should be basking in my graduation glory, at Slip and Dip with my friends, not planning my only outing for the week to be Walmart because everything else is closed.

Partial to Home: The cherry cure

When someone mentions gout, you think of Ben Franklin and Samuel Johnston, the 1700s. Do people still even get gout? You bet they do, plenty. 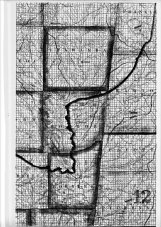 The last several weeks I have spent many days walking and enjoying the almost five miles of trails through woods and sloughs at MUW's Plymouth Bluff Center.

As some may know, I have "a thing for letters." I write them, receive. read and reread them; I save them, even write home about them. Last week, mid "lockdown," I received a letter I had written in 1995!

It's a little unusual to have a two-part series, but we are living in unusual times. While some of us have found life slowing down, others have found life speeding up. A few pastors have said they've been busier than ever meeting needs.

Memorial Day weekend is the grand opening of summer. A time when, hopefully practicing social distancing, family and friends take to the river, the beach, play golf or go fishing. A time for beer and backyard barbecues or family picnics with iced tea and fried chicken. But we all need to stop, reflect and remember.

Home Base: Quarantine's next project: Letting my 11-year-old cut my hair

Thursday morning, I walked out of my bedroom/current work-from-home office to refill my coffee cup. My middle daughter, 11-year-old Zayley, started talking to me before I even could see her. "Daddy! I have only watched this video for 3 minutes, 21 seconds, and I already have a full page of notes," she said.

Slimantics: The wrong wolf is winning the fight

Today Mississippi casinos will be allowed to re-open. Chances are by Sunday, some people will be attending live church services.

It was 1998 and life was busy, often hectic, when I stepped into a small bookstore off the cobblestone street in Clinton, Mississippi. There I discovered "The Art of Doing Nothing," by Veronique Vienne. I was intrigued by the title and the beautiful cover. I like to judge a book by its cover, so I bought it.

With the recent reopening of the Hitch Lot Farmers Market, the fascinating history of its location comes to mind. The area now commonly referred to as the Hitch Lot -- or soccer complex -- is the location of the earliest known industrial site in Columbus.

Possumhaw: Save for mothers, who would be here?

"Mrs. Sharp's Traditions" initial printing was in 1990; the reprint and revision in 2001. I had the good fortune to find a copy. Page 129 describes Mother's Day traditions.

Around this time a year ago, a friend and I were walking in a Noxubee County woods. The leafy canopy above had turned the forest into an echo chamber for the trilling of birds. The dappled light it permitted played across what seemed infinite hues of green. Signs of spring were everywhere.

Marion Whitley: Finding a way to...

Last Saturday I made two trips up to the farmers' market on 6th Street in search, not for farm fresh produce, but for a sense of normalcy... for the relaxed friendly smiles of the vendors under their frayed beach umbrellas and their proudly displayed "oh so fresh corn, peppers. onions and thyme." 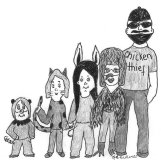 Possumhaw: Make yourself at home

The porch had been pressure washed, furniture cleaned and plants arranged. I invited a friend over for coffee. In advance I directed her to proceed to the back porch when she arrived. There she would find two Adirondack chairs facing each other from a good 8 feet apart.

This is a story of men, who in spite of discrimination at home, become heroes in defense of America's freedom either in combat or in support of those who were.

Slimantics: The Silent Majority is unarmed

Over the past few weeks, we have seen television images of protests at state capitols that any rational person would find disturbing.

The sun is peaking in and out from behind the clouds. It's a lovely day, though a wee bit chilly. The roses are putting on a spectacular show.

Last week I wrote of old Columbus porches and some of the beverages served there.

1. Slimantics: A matter of Black and Blue and which really matters LOCAL COLUMNS

2. Voice of the people: Concerned church staff member LETTERS TO THE EDITOR (VOICE@CDISPATCH.COM)

3. Voice of the people: Jerry Fortenberry LETTERS TO THE EDITOR (VOICE@CDISPATCH.COM)

4. Voice of the people: Bill Gillmore LETTERS TO THE EDITOR (VOICE@CDISPATCH.COM)