Possumhaw: Amid the noise and haste 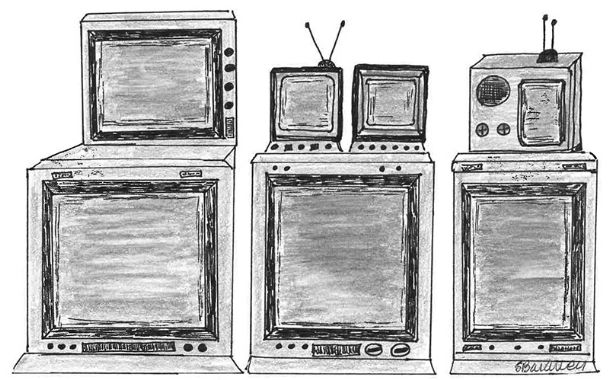 "Go placidly amid the noise and haste and remember what peace there may be silence."

Way back then there was no caller ID or hitting a button to decline calls, so I answered the phone. It was a representative from Nielsen Media Research. She asked if I'd be interested in joining the Nielsen TV family. The TV family are people chosen to allow Nielsen to measure their TV viewing and radio listening. While I was flattered, I responded, "The only problem is I don't own a TV."

The Nielsen representative was stunned. "You don't own a TV?"

No, I did not own a TV because I did not watch TV. She didn't ask about the radio. I could have told her I enjoyed radio. I regularly listened to NPR. After dinner, I listened to Bible talks on American Family Radio and often took notes. I had not watched TV for the previous four years. I never missed it. Not only did I not miss it, I relished the serenity, peace and quiet. Some friends said they were jealous and asked what quiet was like. Others could not believe I didn't watch "Friends," "Frasier" or "Law and Order," or even 24-hour news.

Current events and entertainment came through radio, newspapers and friends. I find the voice cadence, music and segues on NPR alluring. Interviewers politely allows others to talk and respond without interrupting or yelling. Newspapers allow one to read the news they want and skip the rest. Also, a sweet thing happened. Friends who knew I didn't watch TV would call to report tropical storms gathering in the Gulf, freeze warnings for the night, occasionally a national tragedy that could be described in a couple of sentences or less.

Rarely was there any significant event I wasn't informed of. The only thing was commercials and sitcoms. A friend might suddenly start singing or doing an impersonation and I would have no idea what they were doing. The theatrics were humorous when they realized I had never seen the TV commercial or "Everybody Loves Raymond" skit. People sang "wee ... weeee ... " from a Geico commercial involving pigs. Once a friend dressed up for a skit as the Progressive Insurance Flo, only I had never seen Flo. I later saw the commercial and realized she really did look exactly like Flo. These were not big things. They turned out to be funny and one could live a very comfortable life without singing pigs or Flo.

Nowadays it's hard to go anywhere and not be exposed to TV whether you want to or not. Two TVs in the dentist waiting room and one over the dental chair; doctors' offices, auto repair shops, restaurants. Fewer magazines and coloring books.

I guarded my friend's 3-year-old grandchild in the grocery cart while her grandmother stepped away. "We're waiting for your grandmother," I said. She replied, "I don't like waiting." I could hand her my phone for entertainment or I could whisper, "Once upon a time in a faraway land there lived a princess. She wore a beautiful pink dress like yours and had ribbons in her hair ... "