Possumhaw: It's an Uncle Bunky world 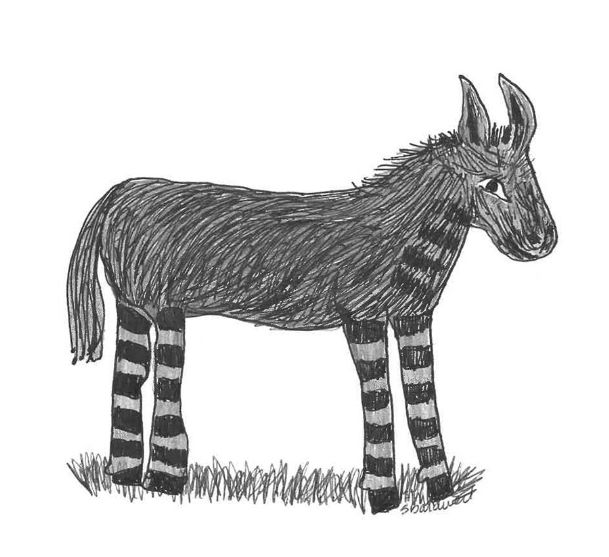 "One day a particularly imaginative child asked for a picture of an animal with a camel's head and a horse's body. The rest, as they say, is history."

Kat was a young woman when we met. Fresh out of college and living in a small rental house just out from Starkville. I had furniture needing a new home and gave it to Kat to incorporate into her home. We became friends, and then not long after, Kat moved away. I'm sure we exchanged Christmas cards for a while and then both of us made multiple moves until eventually we lost touch. Then as many do, we both ended up back in the Golden Triangle and having lunch together. Kat still had that big smile and twinkle in her eyes. Turns out we both liked country living, simplicity and critters. It seems Kat has turned out to be somewhat of an animal whisperer. She attracts critters, and I can see why. She has an unusually mild and kind manner about her.

We talked about squirrels that visit, cats in and out of the cat door, and birds and butterflies. Then we took a walk toward the barn. "Oh, a donkey," I said, "Do they call it a Jerusalem donkey or a Bethlehem donkey?"

"Well," she said, "Actually it's a zeedonk. They call them different names -- zebrass, zebronkey, zonky, zebadonk, zenkey. We just call him Zeb."

Kat explained the animal was a hybrid of a donkey and a zebra. She might as well have said it was a unicorn. I wanted to say, "But Kat, there are no zebras around here. How is that possible?" Instead I watched Kat point out the unusual markings that had been slightly obscured by a shade tree, and the fact it was taller than most donkeys. So, I went home and googled zeedonk.

Zebras have been bred with other equines since the 1800s. They were bred for novelty and also for strength and immunity to diseases. The offspring typically resemble their non-zebra parent but have stripes usually on the legs, chest and neck, as did Zeb.

Two websites offered hybrid animals and exotics. One ranch was in Texas and one did not say where they were located. The Texas ranch called "Zebras R US" showed a photo of zeedonk "Patches." The website with unknown whereabouts listed a number of cautionary warnings when considering a zeedonk. They are not a child's pet, it warned. Zeedonks can be aggressive. The "wild" gene is still in them, they have not been entirely domesticated. Owning a zeedonk is not like owning a horse, although people who have owned horses seem to be the best with zeedonks. Zeedonks are not often trusting and are a high flight risk. The zeedonks need to be handled continually for optimal behavior. They cannot be left alone in a pasture or they will return to their native wildness.

There are a few public zoos in the world that house zeedonks but more so in private zoos. As for Zeb, he lives out his days in quiet seclusion with his own private mild and kind whisperer.

1. Voice of the people: Dixie Butler LETTERS TO THE EDITOR (VOICE@CDISPATCH.COM)

2. Our View: Broadband expansion is more crucial than ever DISPATCH EDITORIALS

3. Voice of the people: Michael Hallett, PhD. LETTERS TO THE EDITOR (VOICE@CDISPATCH.COM)