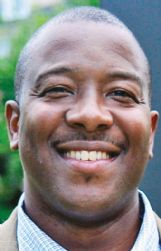 This year, as it does each year, the Mississippi School for Math and Science appears prominently on the list of the top high schools in the nation.

According to Niche.com's rankings, MSMS is sixth best public high school in the nation this year.

The residential high school located on the Mississippi University for Women campus regularly attracts high-achieving and highly-motivated students, an obvious factor in the school's success.

But another big factor in that success has been the faculty.

This year, for the second year in a row, the MSMS faculty has been ranked No. 1 among public high schools in the U.S.

The rankings are compiled by the U.S. Department of Education and while the criteria for ranking the schools is straight-forward -- ACT scores, scholarships, etc. -- the criteria for selecting the top faculties are a bit more obscure.

"They have their own criteria by which they calculate that," said MSMS Executive Director Germain McConnell. "Of course, they look at everything in terms of ACT scores, college placement, things like that. But a lot of the (faculty ranking) is driven by parents, students and alumni that give input."

McConnell said he believes the ranking for the MSMS faculty is a reflection of how its teaching staff approaches their work.

"We stay focused on student achievement," McConnell said. "At the end of the day, let the chips fall where they may."

McConnell said he believes the faculty and students push each other to excel.

The success of MSMS students has long been established. MSMS has been ranked among the top high schools in the nation for the past six years, moving up to No. 6 on the list this from its No. 8 ranking last year.

The state-funded school, which begins its 31st year this week, has an enrollment of 240 students this year.

In addition to the overall ranking, MSMS was ranked No. 3 among the nation's magnet schools.

"It's a testament to the hard work and dedication of our faculty and staff," McConnell said. "It's confirmation of the tremendous services and support that we provide to some of the most gifted students in the nation."

"We're very proud of our schools," LCSD Superintendent Lynn Wright said. "It shows a lot of hard work from the grade level to our administrators right up to our central office. We've had the support of our parents, too. It really is a team effort. We've been on a upward trend and hope to continue to improve, not only academically with some of our new facilities."

No other area high schools were ranked among the state's top schools.