SMART serves as some residents' sole means of transportation during pandemic 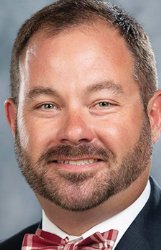 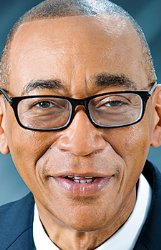 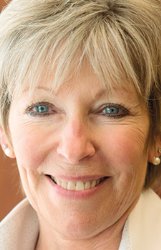 The Starkville-MSU Area Rapid Transit bus system has seen more than 4 million riders since it began in 2013, and the COVID-19 coronavirus pandemic has highlighted how necessary public transportation is for some area residents, local leaders say.

The Mississippi State University campus closed in March, but SMART buses -- which are free to ride -- still carried 14,500 riders between March 15 and Aug. 8, Jeremiah Dumas, MSU's director of parking and transit services, told Starkville aldermen at their Tuesday meeting.

Since going out in public has been largely inadvisable due to the pandemic, "we know those people have no other transportation options," Dumas told The Dispatch.

SMART expanded from MSU's on-campus transit system in 2014 and began offering buses and routes in the city. The program is funded primarily through a Federal Transit Authority grant, and Starkville and Oktibbeha County contribute $50,000 each.

Dumas told the board in January that SMART saw a 20.5-percent increase in ridership in 2019. The SMART system's 11 routes with 71 stops cover 62.2 miles, and 83 percent of that mileage goes between the city and campus or is solely in the city.

When the pandemic began in March, SMART ran one bus per route, allowed only half the capacity of each bus and required all riders to wear protective face coverings. SMART has resumed running all its buses but still has the other two requirements in place, Dumas said.

Some riders have told SMART drivers they need the buses to get to and from OCH Regional Medical Center to be tested for COVID-19, and two people later reported that they had tested positive, Dumas said.

Paratransit, a door-to-door transportation option for citizens with disabilities, saw its ridership nearly double in 2019 -- to 6,177 from 3,977 in 2018. SMART used to run two or three paratransit buses at a time and now only has one but has kept the service going throughout the pandemic, and its primary use is for trips to the hospital that do not require an ambulance, Dumas said.

"On our normal fixed-route buses, we clean them once a day and once every night, but for the Paratransit vehicle, we've been cleaning it between every trip," he said.

MSU resumed classes on Aug. 17, and the first two days saw a 70-percent reduction in students' use of SMART compared to previous years, since many students did not return to campus in person and some choose not to use public transportation at the moment, Dumas said.

In the past few months, SMART implemented two new stops on the west side of Louisville Street south of Academy Road and another one on Highway 182 at the Partnership School, the campus for grades 6-7 in the Starkville-Oktibbeha Consolidated School District.

The Louisville Street stops came after a grant from the Mississippi Department of Transportation funded new sidewalks there and created a safe place for the buses to stop, Dumas said.

The city and SMART are considering creating a stop at the intersection of Garrard Road and Ofohoma Street, one of the two entrances to the Rolling Hills subdivision, in northern Starkville.

Ward 6 Alderman and Vice Mayor Roy A. Perkins, who represents Rolling Hills, said the potential stop would be "ideal" for the area and be widely used by residents.

"I think it is very foreseeable that this bus stop will come to fruition," Perkins said.

Mayor Lynn Spruill agreed with Dumas that SMART is especially beneficial to the city at this moment.

"Particularly during times when it's extremely difficult to afford to go places, it serves as an asset to the community as a whole from an economic development standpoint," she said. "The expansion to reflect areas in town that have added sidewalks and bike lanes and that sort of thing really reflects the need for our residents to enjoy and take advantage of the opportunity to get around in ways they might not otherwise be able to."