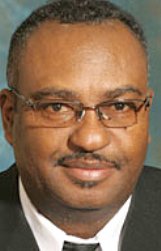 WEST POINT -- The Clay County Board of Supervisors voted to suspend the county-wide curfew during its regular meeting Thursday.

Under the curfew, Clay County residents were mandated to limit themselves to essential travel from 10 p.m.-6 a.m. The curfew has been in place since March 26.

The motion passed 4-1, with District 4 Supervisor Shelton L. Deanes being the lone member to vote no. With Clay County lifting the restrictions, there is no county in the Golden Triangle enforcing a curfew, as supervisors in Lowndes and Oktibbeha counties already lifted their own curfews implemented in March.

Before the vote was held, local musician Joey Morgan spoke to the board pleading for the curfew to be lifted.

"The numbers are just not adding up to the restrictions, that's my opinion," said Morgan, citing Clay County's then 222 confirmed cases and seven deaths.

As of Wednesday evening, Mississippi State Department of Health reported there have now been 229 confirmed cases in Clay County.

Later in the meeting, Deanes raised concerns that the statewide numbers are trending upward. On Wednesday, MSDH reported 1,092 new cases throughout the state.

"When are we going to make a stand that life is more important than a man making a dollar?" Deanes said. "We need to be doing something different than we're doing."