Lowndes County administrator chooses to resign as of Sept. 30 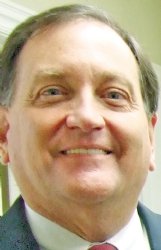 Billingsley said he submitted a retirement letter to the county board of supervisors Monday evening. His departure date will coincide with the end of Fiscal Year 2020.

"I'm looking forward to it," Billingsley told The Dispatch.

The decision came days after District 5 Supervisor Leroy Brooks told The Dispatch that several supervisors were trying to force Billingsley out. A special-call meeting set for Wednesday where supervisors were supposed to discuss the personnel matter was canceled this morning.

Billingsley did not to comment on why he submitted the letter or if he was forced out.

"It's a very tragic situation that he was forced to resign," Brooks said. "It has the potential to be disruptive (to the board)."

The board of supervisors must advertise for the position, Brooks said, but he thinks the decision has already been made among the three supervisors other than District 4 Supervisor Jeff Smith and him.

He previously told The Dispatch that newly elected District 2 Supervisor Trip Hairston had already handpicked a replacement for Billingsley, though Hairston would not comment on that claim.

"They've already decided who the best person is," Brooks said Tuesday. "Even if you advertise it, it's just a facade."

Harry Sanders, president of the board, could not be reached for comment by press time.

Billingsley, 66, has served as county administrator since January 2008. His salary is $125,000, which includes a $5,000 raise supervisors granted him in January.