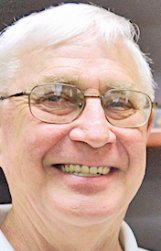 This article is made available to readers free of charge and outside of our paywall. While we believe the work of our reporters is worth paying for, making this article widely available is in the best interest of the public. To support our news-gathering efforts, please consider subscribing if you haven't already.

The contents of this article have been modified since its original posting.

Lowndes County Board of Supervisors took action Monday to limit the spread of COVID-19 coronavirus by instituting a curfew, closing non-essential businesses in the county and directing restaurants to close their dining rooms to customers.

At a special-call meeting Monday afternoon, the board unanimously approved an ordinance instituting those and other changes effective at 5 p.m. today. By doing so, Lowndes County followed suit with Columbus City Council, which implemented nearly all the same restrictions within the city limits on Saturday.

"I think we need to be proactive about this," board president Harry Sanders said at the meeting.

As of Monday, the Mississippi Department of Health had identified 249 cases in the state, including six confirmed cases in Lowndes County. Five cases have been confirmed thus far in Oktibbeha County with one confirmed in Clay County.

Hinds (24), DeSoto (23) and Harrison (21) counties have reported the most cases in the state. A Hancock County man died in a Louisiana hospital last week, marking Mississippi's first death from the disease to date.

On Monday, Lowndes County also instituted a general curfew from 10 p.m. to 6 a.m., excepting essential travel by those over the age of 18. Penalties for breaking curfew or not following any of the other parts of the ordinance include a fine of up to $1,000 or up to 90 days' imprisonment.

The board ordered bars, nightclubs, meetings of fraternal and civic organizations, child care facilities, bowling alleys, recreational buildings, skating rinks, tattoo parlors, gyms, barbershops, salons, spas, convention centers, community centers and parks to close their doors at 5 p.m. Tuesday and remain closed until further action. There, the county made its sole distinction from Columbus' resolution, which noted that all recreational facilities --Â not just buildings -- were to be closed.

The supervisors entered Monday's meeting with two versions of the ordinance -- one allowing child care centers to remain open and one ordering them to close. Closing the facilities would "put a real burden on some of the parents who don't have any way to keep their children and keep their job at the same time," Sanders said.

But cognizant of the risks posed by exposing children, who can be carriers of the disease, and child care providers to the virus, the board agreed to keep child care facilities closed as Columbus had done.

Like Columbus, Lowndes County will limit all restaurants to pick-up, drive-through and delivery services only. All gatherings within the county -- including at churches, temples and places of worship -- must not exceed 10 people.

The supervisors resolved Monday that all businesses, agencies and units of government in the city with 10 or more employees must follow protocol laid out by the Centers for Disease Control and Prevention, including mandatory social distancing, emphasizing working from home where possible and "taking all such additional measures to prohibit and/or reduce the spread of infectious disease and especially COVID-19," following Columbus' resolution precisely.

The board said it may issue a shelter-in-place order for up to five days or implement other measures it deems necessary.

On Monday, the board also voted unanimously to adhere to House Bill 1647, which guarantees paid administrative leave for county employees during the pandemic.