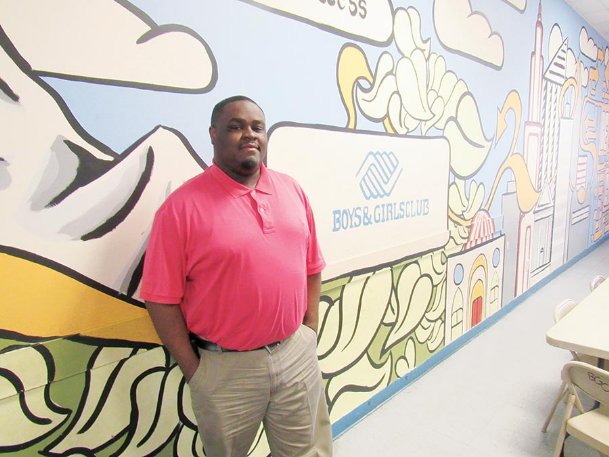 Ron Thornton, 35, the new director of the Boys and Girls Club of the Golden Triangle, said his passion for the organization emerged from his role as a volunteer tutor in his home in Kosciusko when he was a college student. Thornton replaces Nadia Colom, who resigned in November as the club's executive director. Photo by: Slim Smith/Dispatch Staff 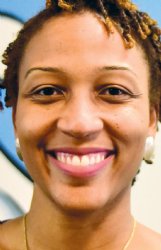 As Ron Thornton entered his senior season at Ole Miss, his plans were to attend law school, thus fulfilling the dream of his brother, who had planned to become an attorney before dying in a car crash.

But a serious car accident of his own that year changed Thornton's plans and led him to his passion.

In December, Thornton was selected as the new director for the Boys and Girls Club of the Golden Triangle, replacing Nadia Colom, who had served as director for seven years.

"Passion is something you can't teach or learn," Thornton said. "It's something you find. That's what happened to me. I was ready to go to law school. I had taken the LSAT and everything. I thought I knew what I wanted to do, to practice law. That was my brother's dream."

The automobile accident changed Thornton's direction during his senior year of college.

"Because of my injuries, I went back home (Kosciusko) and took my classes online," Thornton said. "I also started working as a volunteer at the Boys and Girls Club, mainly tutoring. For me, that was all it took."

By the time he graduated, Thornton had changed his career plans. Instead of law school, he returned to Kosciusko for a job with the Boys and Girls Club, working in all capacities -- program director to unit director and, finally, executive director.

In 2015, Thornton, 35, became vice president for the Boys and Girls Club of Jackson.

Thornton said the opportunity in Columbus was something he couldn't pass up.

"What I really liked is that it's three different communities," he said. "Each one is different, with its own challenges and opportunities. The more I learned about the situation here, the better I liked it. It has a lot of momentum and a lot of exciting things are on the way. I wanted to be a part of that and add some of my own ideas."

Thornton said he recognized immediately that the Golden Triangle organization had a strong footing.

"Nadia has really put the club in a strong position," he said. "Sometimes you have to go into a situation and build it up, put things together. That's not the case here. There are still things to be done and improvements to be made, but the groundwork is there, thanks to Nadia and the staff and volunteers."

Colom, who resigned in November but agreed to assist in finding her replacement, said she knew almost instantly that Thornton would be a great fit.

"First and foremost, it was his experience and his clear passion for the mission of the Boys and Girls Club," Colom said. "Even before we spoke, I knew just by looking at his resume that he was the kind of person we were looking for. He knows the club from the ground up and in and out. I feel really confident about what he can bring to our community."

Thornton said he's spent a week at each of the clubs in Columbus, Starkville and West Point, trying to familiarize himself with each club, its needs and challenges.

"One of the things I want to do is focus on career paths for our older kids," he said. "We plan to put together a university tour during the summer for our teens. A lot of these kids have never been on a university campus. We'll also help them learn about ways they can go to college without building up debt -- how scholarships work and how to apply for them. Really, the program will be about all the things they need to make the transition from high school to college. It can be very confusing for some kids, especially if they've had limited exposure."

Although he's been in Columbus less than a month, he said he's liked what he's seen so far.

"The staff and our volunteers have been a great help to me already," he said. "It looks like the club has a lot of support in the community. Those are strengths we want to build on. It's been very encouraging so far."