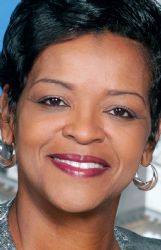 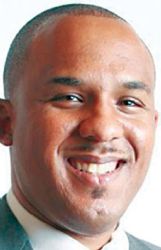 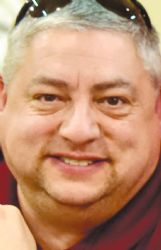 When state legislators were debating the "Mississippi Terroristic Threats Law," Dist. 16 Sen. Angela Turner-Ford (D-West Point) had one primary concern with the bill: Would juveniles charged under the law go straight to circuit court to be tried as adults?

Senate Bill 2141, which passed and was signed into law by the governor earlier this year, makes it a felony with up to 10 years in prison for threatening someone with bodily harm in order to either intimidate part of the population into ceding to certain demands or to affect policy of some unit of government, school or even business. Law enforcement in Lowndes County has charged two juveniles with making terroristic threats in separate incidents in the last month. In both cases, the juveniles have been accused of threatening their schools, and both cases are currently in Lowndes County Youth Court.

Deputies with Lowndes County Sheriff's Office first leveled the charge against a 15-year-old male student at Caledonia High School on Sept. 16, after the teen allegedly said he had a list of people he planned to shoot at the school. Authorities never found a list and CHS principal Andy Stevens said the threat didn't cause disruption in any school procedures.

On Monday, another student, this one at Caledonia Middle School, was arrested after allegedly making a bomb threat against multiple campuses "on the computer," said Lowndes County School District Superintendent Lynn Wright. In that case, students from campuses at Caledonia, West Lowndes and Lowndes County Alternative School were evacuated from their buildings for slightly less than an hour.

Turner-Ford said she knew those were likely the type of situation where the law would apply and wanted to be sure youth court was still an option for those juveniles. Youth court, apart from sentencing offenders to less strict penalties, also seals cases so that they can't be made public without a judge's order.

"My concern was, I did not want a juvenile automatically sent to circuit court if the youth court could address it," she told The Dispatch Tuesday.

Turner-Ford is listed as an additional author of the bill on the Mississippi Legislature's website, though she said she wasn't involved in drafting the bill and that her name wasn't added until the bill came to the Senate floor. The bill's author, Dist. 23 Sen. W. Briggs Hopson III (R-Vicksburg), did not return calls from The Dispatch by press time.

Context of the charge

Turner-Ford envisioned the law coming into play when someone makes a threat against a governmental body that is serious enough for the office to "react or change the way it operates." She pointed out even in a case where no one is physically hurt, such threats cause disruption to schools and businesses and can harm the victims, who may be intimidated from coming to school or work.

"It depends on your definition of harm," she said.

Her sentiment was echoed by District Attorney Scott Colom, who said it's always appropriate for law enforcement to investigate threats.

"I think the climate we're in now with the school shootings across the country, we definitely need to pay attention to any student or any threats that would put (students and teachers) in danger," he said.

LCSO head of investigations Lt. Tony Cooper said while investigators take each incident on a "case by case basis" when determining whether to level this particular charge, generally, the suspect has to make a direct threat against the organization.

"We had somebody make a comment yesterday, 'If I was going to, you'd be the first one,'" he said. "And it was a joke, but you see how it can be taken a different way. ... That would be more of a threat toward a person, and they could go to the appropriate court about possibly seeing about filing charges that way."

That, however, would be a misdemeanor and not something that falls under the making terrorist threats statute, he said.

Turner-Ford said she feels law enforcement and other authorities have some discretion in applying the law, looking at the circumstances of the case before determining whether to press felony charges against someone who hasn't physically harmed anyone.

"They do have a certain amount of discretion, but I think that has to be balanced also with individuals believing they are safe within the confines of a school or a courtroom or some other building where they should feel they're protected," she said. "I think there's a balance that has to be struck between the two."

Likewise, she and Colom said, there are different factors that would determine whether a juvenile's case goes to youth court or circuit court.

"Generally ... it has to be an offense that carries life for an adult, such as murder (for the case to go to circuit court)," Colom said, adding the case also goes to circuit court if the juvenile used a weapon in the commission of the offense.

Prosecutors can also request a juvenile's case go straight to circuit court under certain conditions such as whether the "offense constitutes a substantial danger to the public," how serious it is and the "sophistication, maturity and educational background of the child," according to Mississippi statute Colom provided The Dispatch.

Turner-Ford pointed out the offender can still be charged under the law, even if he or she didn't have any intention or even means of carrying out the threat.

"That's specifically stated in the statute that that's not a defense to say, 'It was not my intent to do this' or 'I was only making a joke' or 'I didn't have the capacity' or whatever defense someone would raise regarding their personal circumstance when they made the call," she said. "That's not to be considered when charged."