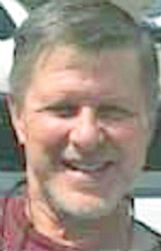 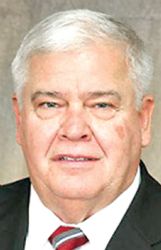 The Lowndes County School District Board of Trustees narrowed the list of candidates for the district's superintendent of schools to seven during Friday's regular board meeting, but offered little information on the move.

On Sept. 30, the Mississippi School Board Association, which is conducting the search for superintendent, provided a list of 15 candidates who met the minimum requirements.

Friday, the board met in executive session for 45 minutes following its regular meeting, during which it eliminated eight of the candidates.

Board president Robert Barksdale declined to provide the names of the seven candidates who are still being considered for the job.

"Right now, our attorney says not to release the names," Barksdale said. "Also, in talking with the school board association, they told us that a lot of this stuff is personal because (the candidates) have other jobs."

Barksdale said the board will not begin interviewing the remaining candidates until early November. After the interviews, which he estimated would take "two or three weeks," the board will narrow the field again to an unspecified number of finalists.

Barksdale also said he was unsure if the names of the finalists would then be released to the public, saying he needed to check with the board's attorney, Jeff Smith, before answering. Asked if he would check with Smith and provide an answer, Barksdale again demurred.

"I'd really like to talk to our attorney and the board about this at the same time, probably at our regular meeting on Nov. 1," Barksdale said.

Other board members deferred all questions about the superintendent search to Barksdale. Smith did not return a call from The Dispatch by press time.

Barksdale also said he was agreeable to holding a public forum for the finalists, but no decisions have been made.

"We have talked about that a little," he said.

This will be the first time the board has selected a school superintendent. Previously, superintendents were chosen through the election process, but the Mississippi Legislature changed the procedure in 2014, passing a bill that requires superintendents of all public school districts to be appointed by their respective boards.

Among the 15 candidates in the list provided by MSBA is current Superintendent Lynn Wright, whose second four-year term ends Dec. 31. Wright, who excused himself from the executive session as the board reduced the candidates field, said he did not know if he was among the candidates still under consideration.

Barksdale said the board hopes to select a superintendent by the end of November.