Music Tourism Convention postponed to 2021 due to COVID-19

The fifth edition of the Music Tourism Convention, originally scheduled for this September in Cleveland, Mississippi, has been postponed until 2021.

The Mississippi Arts Commission is now accepting nominations for the 2021 Governor's Arts Awards, an annual ceremony that recognizes individuals and organizations who have made noteworthy contributions to the arts in the state of Mississippi.

Mississippi University for Women has announced modifications to its fall 2020 academic calendar for the health, safety and well-being of the campus and broader community.

Use extra time at home to reorganize closet

With a lot of free time on their hands, many Americans have taken to cleaning.

Who doesn't love that wanderlust feeling for adventure? But right now we need to stay at home.

Worth the drive: Observatory presents 'Pluto: Icy World of Wonder'

Community Calendar for the week of March 8, 2020 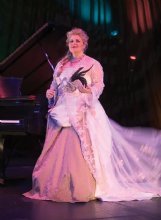 Metropolitan Opera star Janet Hopkins will present "Confronting Social Norms Through Music," a lecture recital by mezzo-soprano Hopkins and pianist Armen Shaomian on Monday, March 2 at 7:30 p.m. in the Kossen Auditorium in Poindexter Hall on the campus of Mississippi University for Women. 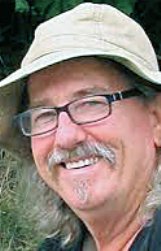 An Art in the Garden presentation by Felder Rushing kicks off the Funky Birdhouses by Monte Brasfield exhibit and sale in the Louise Campbell Center for the Arts in West Point. Opening Sunday, March 8, the 2 p.m. talk and reception are free to the public.

The transitional month of March brings with it a new menu of free Quick Bites programs for communities to participate in at their county Extension offices.

Community Calendar for the week of March 1, 2020

The Mag, Mississippi's first and longest-running film festival, will continue its legacy of bringing independent films and filmmakers from around the world to the Golden Triangle for the 23rd year Thursday through Saturday, Feb. 27-29.

Starting March 2, the Columbus-Lowndes Public Library System will host a pop-up exhibition from the National Archives, "Rightfully Hers," commemorating the 100th anniversary of the ratification of the 19th Amendment.

4. In the garden with Felder: Talking the talk, walking the walk COLUMNS