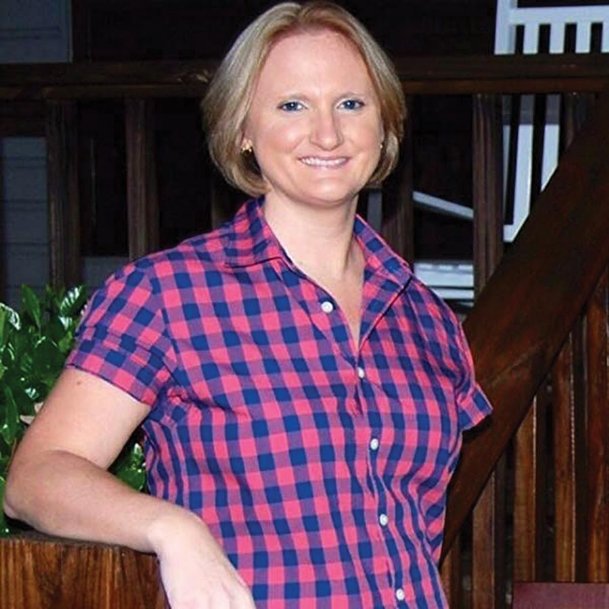 LeAnn Sanders Shelton of Pickens County, Alabama, lost an arm at age 4 and went on to become a standout ball player, wife and mother. She has shared her story in the book "Red Stitches." Photo by: Courtesy photo 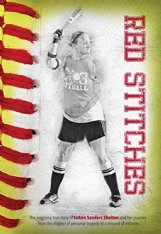 LeAnn Sanders Shelton lost her left arm in a traumatic lawn mower accident when she was only 4 years old. The McShan, Alabama, resident, now 37, has never let it define who she is. To a list of accomplishments that includes being a standout player in Dixie League Softball, Pickens County High School and adult teams including Columbus Christian Center, Shelton added teaching herself to shoot a rifle, run a weedeater and play trumpet in the band. She graduated from Shelton State with a 4.0 GPA, was inducted into the Class of 2012 Dixie Softball Hall of Fame, had an award named after her and played ball until she was 29. In 2018, she was featured in Tuscaloosa Magazine as one of six Intriguing People in Alabama. Most importantly to her, she is a wife and mother. And now, Shelton has completed something she's thought of doing for years: She's put it all down in a book. Her self-published story, "Red Stitches," was released in December.

"I named it 'Red Stitches' because it was the red stitches on a softball that held my life together after the accident," Shelton explained.

For the past 10 months, the Pickens County resident has worked with collaborator Michelle Hill to record details of not only the June 1986 accident that changed her life, but the determined paths she followed afterward.

Shelton was 5 years old when she announced to her mother that she wanted to play softball. With too few girls for a team, Shelton first had to play with boys. She taught herself to maneuver her glove to catch and throw balls. Her brother, Bobby, practiced with her for hours in the backyard while she developed a method of transferring the ball from her glove to her bare hand until she was as quick or quicker than a two-handed player. She would go on to be starting pitcher and leading hitter on the Pickens County High team in her teens.

"As a player I never saw myself as being disabled in the least," she told The Dispatch for a feature story in 2010. "Whatever my teammates did, I could do. It may have been a little different, but I got it done."

Shelton was then, and still is, a walking, running, inspiring testimony to the power of the human spirit. In 2015, the Dixie Softball National Board of Directors created the LeAnn Sanders Shelton Dixie Softball Inc. Courage Award in her honor.

"I don't think I'd be me without softball," Shelton said.

As important a role as the sport played in her life, Shelton's marriage to Jeremy Shelton in August 2006 and the birth of their son, Gunner Lake Shelton, in August 2012, have also been transformative.

Being able to serve as friend and support to others who have lost a limb has also given Shelton renewed sense of purpose.

Putting it in an autobiography for the public to read was not a simple task emotionally. Shelton shed many cathartic tears in the process.

"The very act of overcoming requires faith -- and faith is powerful," she writes in the book. "To me, faith is like softball. Your faith in God must be real and you should be able to throw it and most of all catch it. ... Somewhere along the path of life, each of us will face moments of pain and loss in some shape or form. I simply never chose to allow loss to hinder me from all God had for my life and continues to reveal on a daily basis."

Her hope is that anyone reading the book will find hope for their own circumstances.

"Red Stitches" may be ordered online at Amazon, Barnes and Noble or Books A Million. Or email Shelton at redstitches88@gmail.com

Jan Swoope is the Lifestyles Editor for The Commercial Dispatch.

1. Help yourself to healthier hummus FOOD